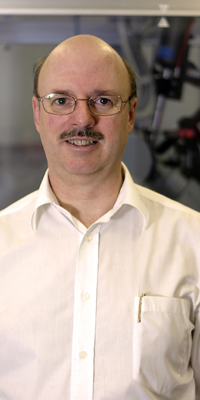 Anthony Linden studied at the University of Melbourne, Australia, obtaining his B.Sc. (Hons.) in 1979 and his Ph.D. in inorganic chemistry in 1986. He then spent three years (1986-9) as a Postdoctoral Fellow in the crystallography group of Profs. T.S. Cameron and O. Knop, Department of Chemistry, Dalhousie University, Canada. He moved to Switzerland in October 1989 and since then has been the Manager of the X-ray Crystallography Facility in the Institute of Organic Chemistry (since 2014 the Department of Chemistry) of the University of Zurich. In 2005, he became a Privatdozent of the University of Zurich and was promoted to Titular Professor in 2013.

Since 1997, he has been a Co-editor of Section C of Acta Crystallographica and became the Editor of the journal in 2008. He was a member of the Editorial Advisory Board of Helvetica Chimica Acta from 1995-2015.  He is a lecturer for crystallography courses at the University of Zurich and, from 2003-2010, at the Swiss Technical University (ETH) Zurich. He is also the academic advisor for for a series of general and specialized crystallography courses which can be taken as a minor subject (Nebenfach) in the degree of Master of Science.

As Manager of the X-ray Crystallography Facility, Anthony has accumulated extensive crystallographic experience with a wide range of organic molecules, inorganic materials and organometallic complexes. He has established a network of international collaborations and is a co-author of more than 550 scientific research publications.

He is also a director of the Zurich School of Crystallography, a biannual two-week intense course for international students, which was inaugurated in 2007.