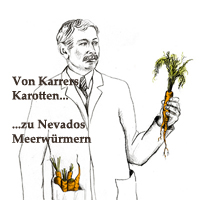 The Foundation for the Paul Karrer Lecture was established in Zurich on the 5th February, 1959 by the companies CIBA AG, J.R. Geigy, F. Hoffmann-La Roche & Co. AG, Sandoz AG, Société des Produits Nestlé AG and Dr. A. Wander AG as a result of suggestions made by friends and former students of Paul Karrer. The intention of the donors was to honour, in a befitting and suitable way, the contributions to the development of chemistry made by Paul Karrer, and to do this on the occasion of his 70th birthday (21st April, 1959) and his retirement at the end of the summer semester of 1959 after a forty year career as a professor of organic chemistry and the director of the Institute for Organic Chemistry at the University of Zurich. It was and still is the purpose of the Foundation to invite, either annually or biannually, an outstanding researcher in the field of chemistry to present a scientific lecture at the University of Zurich. The presentation of the Paul Karrer Gold Medal is carried out in conjunction with this lecture. The Medal was created by the well-known sculptor Hermann Hubacher from Biel (born in Biel 1885, died in Zurich, 1976). The front of the Medal depicts a relief of the left-side profile of Paul Karrer, while the back is engraved with the words University of Zurich - Paul Karrer Lecture.

The first Paul Karrer Lecture took place on the occasion of the public celebration of Paul Karrer's 70th birthday on the 25th April, 1959 in the Auditorium of the University of Zurich. The guest speaker and first recipient of the Paul Karrer Medal was Arthur Stoll, a congenial colleague of Paul Karrer. Both had returned to Switzerland from important German research institutions in 1917 in order to continue their unique careers: Paul Karrer as a professor at the University of Zurich and Arthur Stoll as the director of pharmaceutical and chemical research at Sandoz AG in Basel. Karrer and Stoll both died in 1971.

Between the first lecture and today there have been more than forty years of exciting and pioneering development in the field of organic chemistry and the thereby influenced related fields, such as molecular biology and structural biochemistry. Evidence of these developments is documented by the lectures of the recipients of the Paul Karrer Medal who were chosen over the course of these 40 years. Among the recipients are twelve Nobel Prize winners for chemistry and for medicine and they have represented nearly all important research institutions of Europe and the USA.