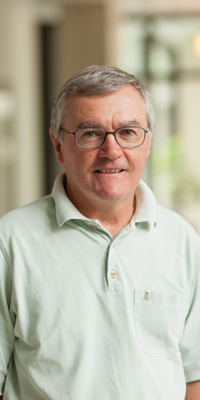 John Robinson studied chemistry at University College, London, where he was awarded the B.Sc. degree in 1974. He completed his Ph.D. at Cambridge University in 1977, under the supervision of Professor A. R. Battersby. With a Royal Society Postdoctoral Fellowship, he subsequently carried out postdoctoral work in the Biochemistry Institute of the University of Karlsruhe, before joining the Chemistry Department of Southampton University, UK in 1979 as a lecturer. In 1987, he became senior lecturer, and was awarded the Hickinbottom Prize of the Royal Society of Chemistry. He moved to Zurich as Full Professor of Organic Chemistry in 1989.