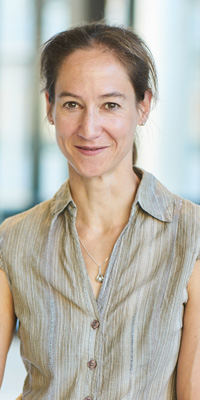 Our research interests are concentrated in two, largely independent projects.

The first project focuses on the metal ion binding abilities of plant metallothioneins (MTs) and related artificial proteins, including the investigation of their structures and general properties. MTs are a superfamily of small cysteine-rich proteins which coordinate metal ions with the electron configuration d10, i.e. essential Zn(II) and Cu(I) as well as toxic Cd(II), Hg(II), As(III), Pb(II), etc. The metal ions are arranged in metal-thiolate cluster structures that greatly enhance the metal ion binding capacity of these proteins. MTs have a proposed role in metal homeostasis and detoxification, as well as in stress response, e.g. by scavenging reactive oxygen species. Compared to the vertebrate forms, plant MTs are considerably less well studied. They show pronounced sequence diversity and hence it can be expected that plant MTs combine a multitude of functions, properties and also structures. The latter we could already demonstrate by determining the very first two structures of a plant MT ever by NMR spectroscopy, revealing unprecedented cluster structures. To increase the knowledge about plant MT properties and structures further, mainly spectroscopic methods including NMR spectroscopy for structural studies are applied. The new knowledge gained might allow us to optimize the metal ion binding properties or even metal ion specificity of these proteins. Plants, over-expressing such specialized proteins, might be able to grow in polluted areas or might be used to specifically remove heavy metal ions from the environment (phytoremidation), e.g. from mining areas and land used by heavy metal releasing manufacturing industry.

The second project concerns the synthetic manipulation of nucleic acids. Modification of the nucleic acid building blocks, especially the nucleobases, is up to now either not very site specific, e.g. complete modification of a certain nucleobase type throughout the whole sequence occurs, or depends on solid-phase synthesis. The latter method is costly for longer nucleic acids and often restricted to the incorporation of modified nucleotides at or near the end of the sequence, again due to economic reasons. Our approach allows the site-specific modification of nucleotides in DNA or RNA of unrestricted length. Such specifically modified larger oligonucleotides will then open up new ways to investigate the specific effect of natural modifications and lesions on structure and function of DNA and RNA. In addition, the introduction of specific groups, can be used to introduce site specific fluorescence labels, e.g. for FRET studies, into long nucleic acid constructs such as ribozymes.

The following topics are in the center of our current work: