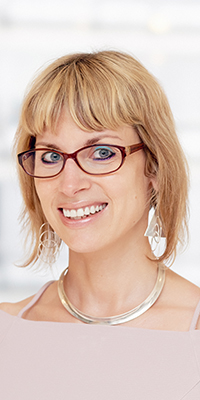 Greta R. Patzke was born 02.03.1974 in Bremen (Germany). From 1993 to 1997, she studied Chemistry at the University of Hannover. Her Diploma Thesis covered Solid State and Computational Chemistry.

In the following, she moved to ETH Zürich and joined the group of Reinhard Nesper to work on her habilitation thesis. During these years, she developed a wide range of research interests including structural inorganic chemistry, nanomaterials synthesis and the systematic application and investigation of hydrothermal techniques. She received the Venia Legendi for Inorganic Chemistry from ETH Zürich in October 2006.

Since spring 2007, Greta Patzke is working at the Institute of Inorganic Chemistry at the University of Zurich, Switzerland, endowed with a Förderungsprofessur of the Swiss National Science Foundation. In spring 2013, she was promoted to Associate Professor. Since May 2016, she is Full Professor in the Department of Chemistry (University of Zurich).