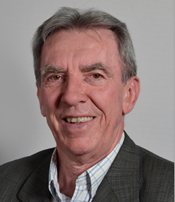 Jean-Pierre Sauvage, Nobel Prize Laureate in Chemistry 2016 together with Sir J. Fraser Stoddart and Bernard L. Feringa, received the Honorary Doctor of the Faculty of Science of UZH in 2010.  In addition to that he was a Givaudan-Karrer lecturer at the former Institute of Organic Chemistry of UZH.