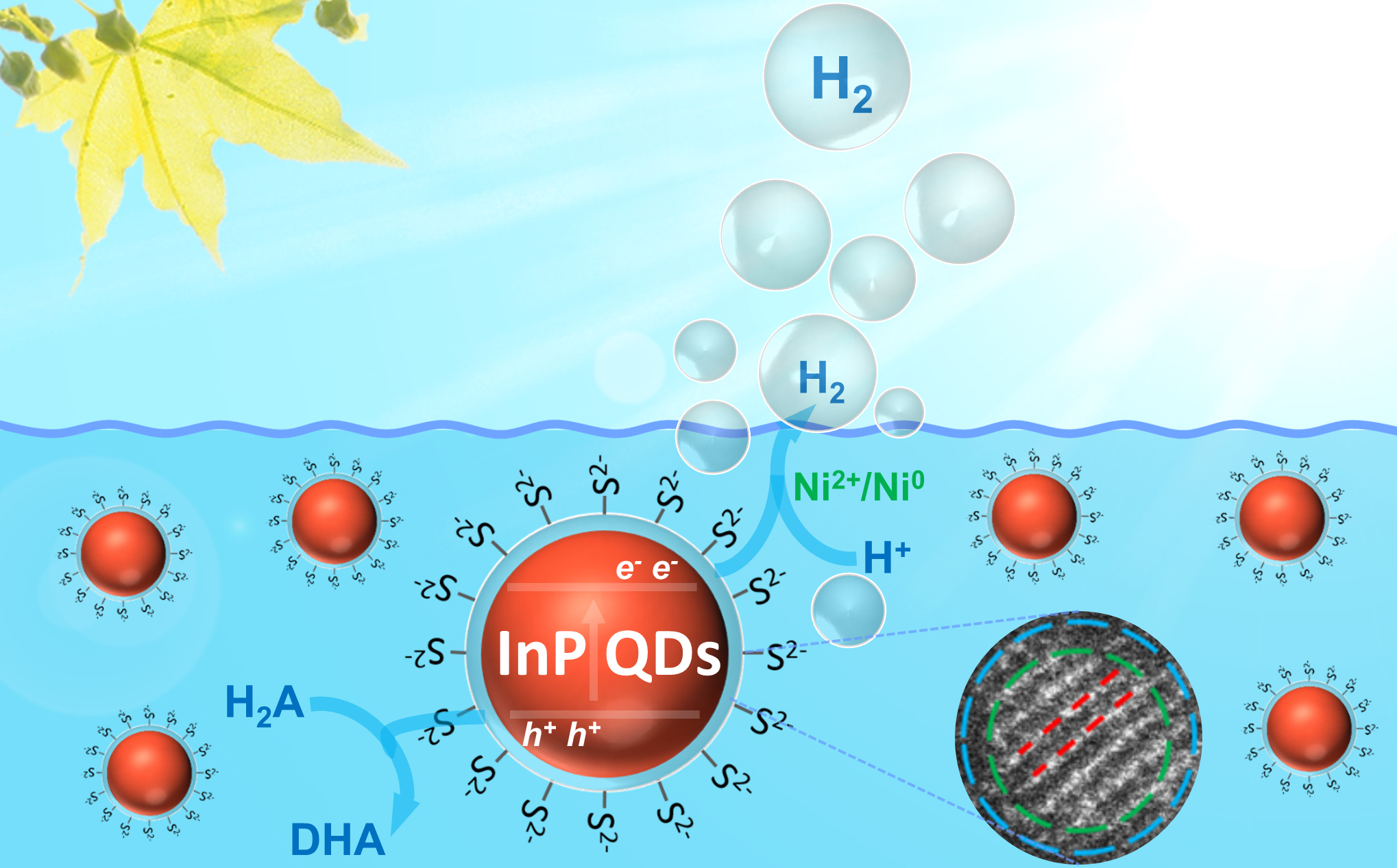 Link to the paper

Quantum dots are true all-rounders. These material structures, which are only a few nanometers in size, display a similar behavior to that of molecules or atoms, and their form, size and number of electrons can be modulated systematically. This means that their electrical and optical characteristics can be customized for a number of target areas, such as new display technologies, biomedical applications as well as photovoltaics and photocatalysis.

Another current line of application-oriented research aims to generate hydrogen directly from water and solar light. Hydrogen, a clean and efficient energy source, can be converted into forms of fuel that are used widely, including methanol and gasoline. The most promising types of quantum dots previously used in energy research contain cadmium, which has been banned from many commodities due to its toxicity. The team of Greta Patzke, Professor at the Department of Chemistry of the University of Zurich (UZH), and scientists from Southwest Petroleum University in Chengdu and the Chinese Academy of Sciences have now developed a new type of nanomaterials without toxic components for photocatalysis.

Indium-containing core with a thin layer of zinc sulfide

The three-nanometer particles consist of a core of indium phosphide with a very thin surrounding layer of zinc sulfide and sulfide ligands. “Compared to the quantum dots that contain cadmium, the new composites are not only environmentally friendly, but also highly efficient when it comes to producing hydrogen from light and water,” explains Greta Patzke. Sulfide ligands on the quantum dot surface were found to facilitate the crucial steps involved in light-driven chemical reactions, namely the efficient separation of charge carriers and their rapid transfer to the nanoparticle surface.

The newly developed cadmium-free nanomaterials have the potential to serve as a more eco-friendly alternative for a variety of commercial fields. “The water-soluble and biocompatible indium-based quantum dots can in the future also be tested in terms of biomass conversion to hydrogen. Or they could be developed into low-toxic biosensors or non-linear optical materials, for example,” adds Greta Patzke. She will continue to focus on the development of catalysts for artificial photosynthesis within the University Research Priority Program “LightChEC”. This interdisciplinary research program aims to develop new molecules, materials and processes for the direct storage of solar light energy in chemical bonds.