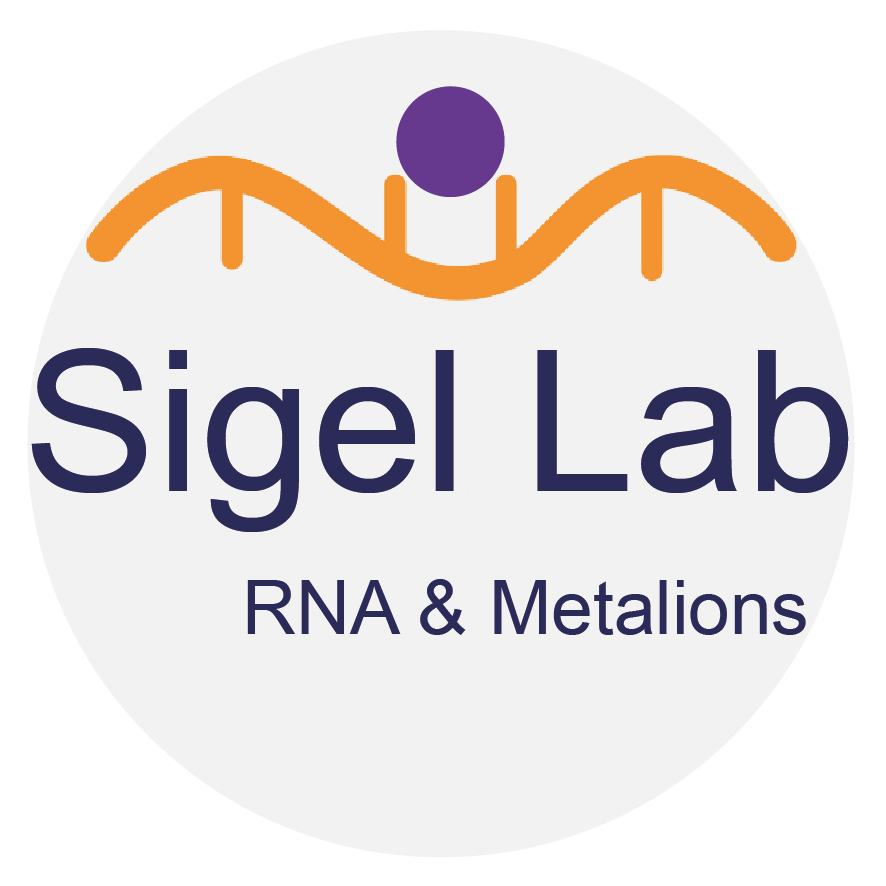 Since 2017, Roland K. O. Sigel is the Dean of the Faculty of Science. For all issues related to the Dean's office, please contact Elvira Koller

Roland K. O. Sigel was born 26.11.1971 in Basel, Switzerland. He grew up in a small village near Basel, where he also visited elementary and completed high school in 1990. From 1991 to 1995, he studied Chemistry at the University of Basel with Biology and Biochemistry as a minor subject, and a Diploma Thesis in Organic Chemistry.

He received his doctoral degree summa cum laude (1999) from the University of Dortmund, Germany, working with Bernhard Lippert in the field of Bioinorganic Chemistry on the effect of platinum(II) coordination on the acid-base and hydrogen bonding properties of nucleobases. From 2000-2002, he was a postdoctoral fellow at Columbia University, New York, working with Professor Anna Marie Pyle (now Yale University) on ribozymes, i.e. catalytic RNA molecules. During the six years abroad he received several fellowships, including a European TMR Fellowship covered by the Swiss National Science Foundation and the Swiss Federal Office for Education and Science as well as a fellowship from the Swiss Academy of Natural Sciences and the Swiss National Science Foundation.

In early 2003, he returned to Switzerland and in April of this year he became an Assistant Professor of Inorganic Chemistry at the University of Zürich, endowed with a Förderungsprofessur of the Swiss National Science Foundation. In January 2009, he was promoted to Associate Professor and headed the graduate school of chemical and molecular sciences Zurich (CMSZH) for ten years. In 2016 he became Full Professor of Bioinorganic Chemistry. Roland K. O. Sigel was awarded the Werner Prize 2008 of the Swiss Chemical Society and an ERC Starting Grant 2010. In 2016 he became Vice Dean of Studies BSc/MSc and in summer 2017 he was elected Dean of the Faculty of Science.

His research interests are in Bioinorganic Chemistry and focus on the interrelations between metal ions and nucleic acids, mainly focusing on catalytic and regulatory RNAs, i.e. ribozymes, riboswitches and G-quadruplexes. The structural and catalytic impacts of metal ions are in his research focus by applying a broad combination of tools, including coordination chemistry, biochemical methods, stability-constant measurements, NMR, and single molecule fluorescence spectroscopy.

Roland K. O. Sigel was a co-editor of Volumes 43 and 44 of the Metal Ions in Biological Systems series and is co-editing now the new series Metal Ions in Life Sciences (De Gruyter).