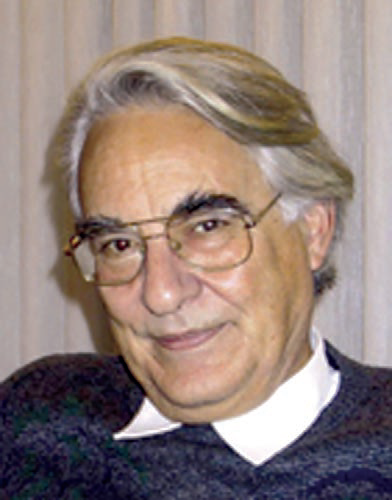 Hanns Fischer was born in Darmstadt (Germany) on July 21, 1935. He received his
diploma in physics in 1960 and his Ph.D. from the Technical University Darmstadt in 1963. In 1966, he got his habilitation in Physics from the faculty for mathematics and physics of the same University. After holding a position at the "Deutsches Kunststoff Institut" in Darmstadt and a stay as a fellow at the Mellon Institute in Pittsburgh, he accepted a professorship at the University of Zurich, where he was appointed Full Professor in 1971. He served there until his retirement in 2001.

After his retirement, Hanns Fischer continued collaborating with several groups around the world, spending also short periods as Visiting Professor at the Italian CNR in Bologna and the University of Marseille. He died after several months of a severe illness in Zollikon, Switzerland, on February 22, 2005.

Hanns Fischer.s research was devoted to chemical aspects of reactive intermediates by utilizing his strong physical backgrounds, successfully marrying chemistry and physics. His research had an immense impact in an extensive variety of scientific fields. These range from the development of magnetic-resonance-based methodologies like CIDNP (Chemically Induced Dynamic Nuclear Polarization) and time-resolved EPR (Electron Paramagnetic Resonance), muon-spin rotation, and applications of optical spectroscopy to the basics of the Persistent Radical Effect in selective radical reactions and living radical polymerization.

He published over 200 scientific papers, four books, and, particularly, served as an editor for 25 volumes of the Landolt–Bçrnstein series on ,Magnetic Properties of Free Radicals. and ,Radical Reaction Kinetics.. Even as a physicist, Hanns Fischer was indeed able to ,talk chemistry., an asset which only very rarely comes across in the scientific community. All of his scientific contributions were of exceptional quality and thoroughness. Interacting with many colleagues from a broad field, Hanns impressed everyone he met, by his personality, his intellect, and his thought.

Editor of 30 Landolt-Börnstein, Volumes on “Magnetic Properties of Free Radicals” and “Radical Reaction Kinetics”
starting with: