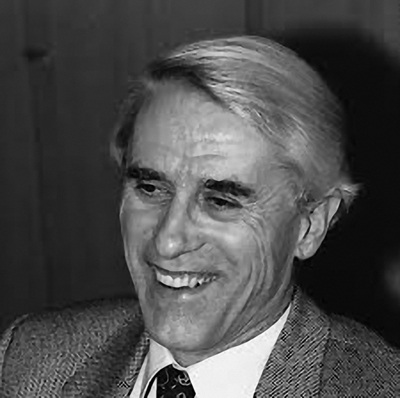 Wolfgang von Philipsborn was born on the 25th of September 1929 in Germany. He studied chemistry from 1949 to 1952 at the Free University, Berlin. He then moved to the University of Zurich, where he received his Ph.D. in 1956 under the guidance of H. Schmid with a thesis entitled “Zur Konstitution des C-Cumarins und über Reaktionen von Verbindungen mit Indolein-Struktur”. Thereafter he spent a postdoctoral period at the Massachusetts Institute of Technology in the group of J.C. Sheehan. At that time, the main focus of his work was on natural product chemistry. However, already in those days, he became interested in NMR, and applied double-resonance techniques to indirect detect 15N resonances. He returned to Zurich in 1961, and received the university's Venia Legendi at the Institute of Organic Chemistry in 1963 (“Protonenresonanz-Spektroskopie organischer Verbindungen”). He soon was promoted to Assistant (1966), Associate (1969) and Full Professor (1974), in which function he served until his retirement in 1997. In between, he held more than 20 visiting professorships at several Universities and Research Institutes. During his academic career, he was honored with the Alfred-Werner Medal in 1965 and with the Centennial Medal of the Case Institute of Technology (Cleveland) in 1980. He was a Swiss delegate to the IUPAC since 1985 and President of the Swiss Chemical Society from 1990 to 1992, and later became its Honorary Member. He was the editor of “Magnetic Resonance in Chemistry” (former “Organic Magnetic Resonance”), a leading journal for NMR spectroscopy applied to problems in chemistry and biology.

We, all his former research group members, are very sad to hear that Wolfgang von Philipsborn passed away on 16th of May 2017 after spending a life full of excitements in science. “Phibo”, as we used to call him, mostly when he was not around, and after having graduated also in his presence, was a popular and well-respected group leader of our institute. Wolfgang von Philipsborn treated his students as scientific co-workers, and carefully listened to their suggestions or questions. He gave them the academic freedom to test their own ideas and offered help when difficulties were encountered. It was always a very friendly and highly collaborative atmosphere in his group.

When I joined the group of Prof. von Philipsborn in 1989, where he was aged 60 by then, he still strongly interacted with the group. One of my first group events was an excursion to the “Schnebelhorn”, and he was hiking along with his students at the same pace, without any problem. His former students are found today at universities, at schools, as managers in companies and in many other jobs. They are still connected in a friendship manner, and some of us frequently meet, decades after we finished our PhD thesis with Phibo. 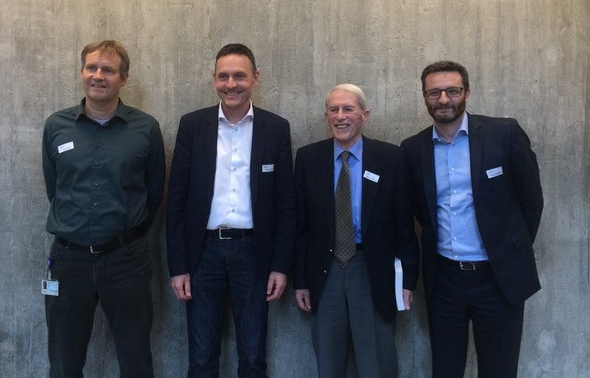 In the early days of NMR, the technique was mainly developed by physicists. However, quickly chemists (mostly organic chemists) recognized the value of NMR for establishing chemical structures. Remember, in those days natural products often had to be transformed into known compounds through unambiguous chemical reactions, which was a tedious and time-consuming process. Prof. von Philipsborn had his roots in synthetic organic chemistry, and he quickly recognized the tremendous value of the NMR technique. Supported by his mentor Prof. Schmid, who strongly promoted the establishment of instrumental analytical techniques like NMR or MS in the institute, he became the NMR expert at the University of Zurich. His research interests initially centred on 15N NMR techniques. Later on, he developed a deep interest in organometallic chemistry, and was one of the first chemists to correlate metal chemical shifts with reactivity. Driven by a fruitful collaboration with H. Bönnemann from the MPI in Mülheim he could demonstrate the use of 59Co- and 13C-NMR for homogenous catalysis in the synthesis of pyridine derivatives. In the following years, he established similar relationships for the chemical shifts of 55Mn, 57Fe, 103Rh or 187Os in other catalytic reactions, and also demonstrated that the 1J coupling from the Mn-C bond reports on reaction rates.

Initially this meant direct detection of metal nuclei, which required highly concentrated compounds as well as large NMR tubes (we still have a few NMR tubes of 20mm diameter on our shelves, nowadays we use 5 or even 3 mm NMR tubes). Some of the low-frequency metal nuclei, however, are too insensitive to be detected directly. Later on, Prof. von Philipsborn exploited metal-phosphorous couplings for polarization transfer techniques that allowed to routinely detect the chemical shifts of Fe, W or Ag. After all, he made very adventurous excursion through the periodic table including nuclei that were very exotic on nowadays standard. All these experiments were carried out by non-standard hardware, and we had a fine selection of highly specialized NMR probes, e.g. a 57Fe, 31P, 1H triple-resonance probe, some of which existed only in the lab in Zurich. Prof. von Philipsborn had a deep interest in the technological side of NMR, and until recently, the institute still had a few of the old, in particular continuous wave, NMR spectrometer on display. When I came to the institute, the top-line instrument was a wide-bore AM400 from Bruker, and for the so-called reverse detection mode boards had to be manually switched. This instrument was then complemented by an AMX-600, on which also first BioNMR measurements were performed. Nevertheless, one of his students already in 1981 investigated the dependence of the 1J 1H, 13C coupling on the backbone conformation in peptides. Much later, the famous NMR methodologist Ad Bax picked up this topic, giving reference to the early work from von Philipsborn.

Phibo very much enjoyed to report on technical problems that were often encountered in the early days of NMR but that seem to be largely overcome nowadays. With the advent of digital technology and all kinds of software control of the spectrometer operations, these technical issues have largely disappeared, and NMR instruments are nowadays often treated as black boxes without much understanding of the technology behind.

He and often also his wife Heidi turned up in the “NMR coffee corner” and those were moments that all of his students would never forget. He was generally in a good mood and a very modest true gentleman, who carefully listened to the adventurous stories that his students were telling. The only moment where he transiently lost his patience was when the group (long before the time I was part of it) decided to all go for a parachute jump, and he seriously was concerned about what could happen. Von Philipsborn was a person for whom family was very important. Generations of us made our first experiences in science in his group through frequently listening while he was entertaining us with stories from his son and daughter, and later on also from his grandchildren. Phibo owned a small apartment in Celerina that he frequently visited over the weekends or where he spent many of his holidays. He enjoyed nature, and the Engadin presented just a perfect environment for him to relax.

For a long period of time, Wolfgang von Philipsborn was the editor of the journal “Magnetic Resonance in Chemistry”. This journal served (and continues to serve) the community of chemists with new applications of NMR techniques as applied to organic molecules or organometallic species. Prof. von Philipsborn acted very seriously as an editor, and later on, when James Keeler had taken over, Phibo still came to our library to add the new issues. While he was the editor, he used to come to the institute on Saturdays to browse through the newly submitted manuscripts. For a couple of years he was also President of the Swiss Chemical Society. During his presidency, the “Schweizerische Chemische Gesellschaft” and the “Schweizerische Chemikerverband” were combined into the “Schweizerische Chemische Gesellschaft”. Prof. von Philipsborn frequently also spent time in other labs in different parts of the world, e.g. at the Weizmann institute. After his retirement, he went for a short stay in Maryland with Philip DeShong but had to return earlier than planned to recover from illness. During the last years, his visits at the institute became less frequent, and he admitted that he had to pay attention to his health. I have seen him for the last time a few years ago when he attended an event organized for alumni of our institute. As the gentleman that he was he did not complain about health issues but rather enjoyed his time at UZH.

We all will miss Phibo a lot!